At Tamaya Resort, this past week I attended a regional conference of the Alpha Delta Kappa teachers’ sorority.  Run by Hyatt, this resort resides on Santa Ana Pueblo land near Bernalillo, New Mexico.  Although the word pueblo is Spanish for town, in New Mexico its meaning extends far beyond town.

There are 19 pueblos in New Mexico.  Several are near Albuquerque:  Santa Ana, Santa Domingo, Sandia, and farther to the north, Taos Pueblo near the town which bears its name.  Many  pueblos have been inhabited for many centuries, e.g.Santa Ana since the 1500s and Acoma since the 1200s.  Each pueblo is synonymous with a particular American Indian tribe.

Santa Ana Pueblo land borders the Rio Grande River.  Tribal members number approximately 900.  Their children attend public school in Bernalillo.  The tribe’s income comes primarily from the Tamaya Resort and a casino. Employees at the resort come from all over the United States as well as other countries.  Our waiter at one of the four restaurants came from a small town in Yucatan, Mexico.

All the buildings show the traditional pueblo style.  The horno–oven–on the left in this photo is actually used.  The courses and activities for guests are extensive, including making bread and baking it in this horno.  Golf, horse back riding, hiking to the Rio Grande, swimming–there are four pools, jewelry making, bike riding, creating your own dream catcher, and many others options keep guests busy.  Their horse rescue center is the largest in New Mexico.

The trail to the bosque and river start just below the lounging and grill area.  Bosque (forest or woods) is another one of those Spanish words, here used specifically in relation to the forested area along the Rio Grande.  Like in most of the West, rain is always welcome.  It rained several times while we were there. 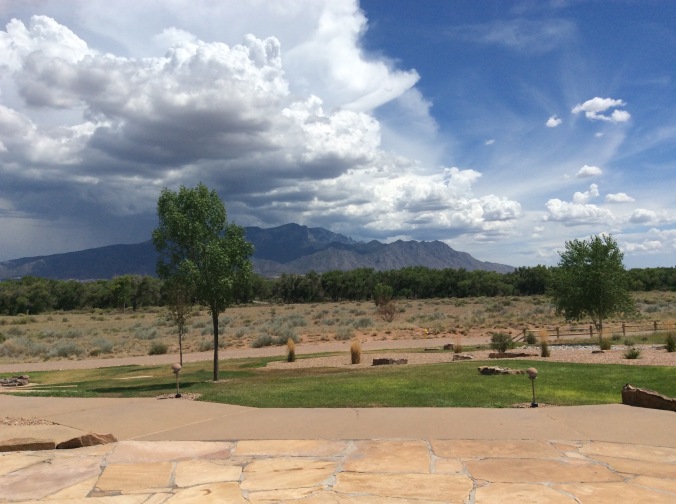 The intense blue of the New Mexico sky mixed with storm clouds make for perfect photos. 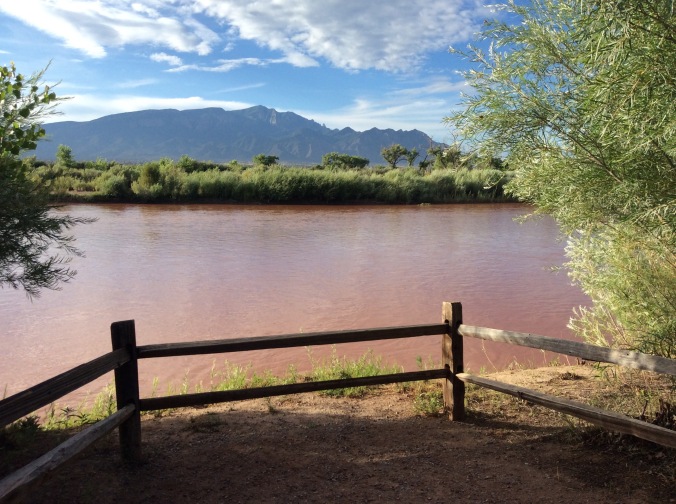 After approximately a mile of walking, the hiker arrives at the Rio Grande.  Because of the rains, it became higher and higher.

Looking down river.  The river was moving so fast that I could hear it rolling along. 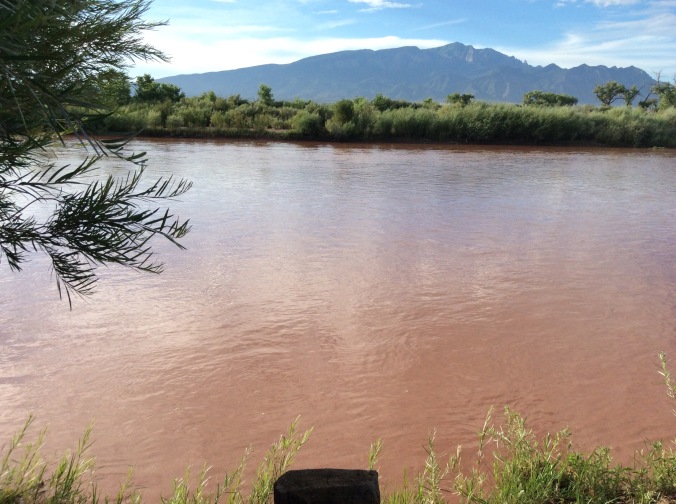 Looking slightly up river.  Seeing this, it is hard to believe that by the time it arrives at the Gulf of Mexico, it is a mere trickle. 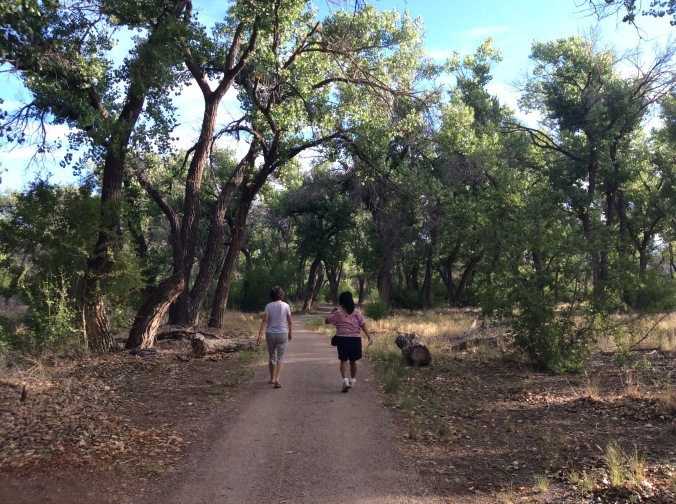 While hiking, I looked up and could not help it; I had to photograph the famous New Mexico sky which Georgia O’Keefe loved to paint.