This blog post provides a number of well thought out issues and arguments to ponder regarding the upcoming election. Somehow a civil discourse needs to occur but sadly seems less and less likely. 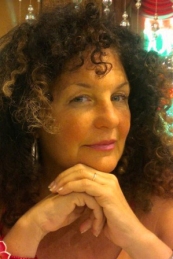 When you read this Feminism and Religion community, we will have just finished the televised portion of the Republican National Convention (RNC), which as I write this Wednesday, July 20 has announced that Donald Trump is the presumptive nominee for president of the United States.

Last night the first night of the RNC we witnessed the emerging platform of the party going far to the right.

From the New York Times:

Republicans moved on Tuesday toward adopting a staunchly conservative platform that takes a strict, traditionalist view of the family and child rearing, bars military women from combat, describes coal as a “clean” energy source and declares pornography a “public health crisis.”

The platform demands that lawmakers use religion as a guide when legislating, stipulating “that man-made law must be consistent with God-given, natural rights.”

It also encourages the teaching of the Bible in public schools because, the amendment…