His milk chocolate, heavy lidded eyes stare at me from the

front of the magazine.

design, tiny Xs on top, stopping where his nostrils flare.

not the black I expected, but the color of mahogany.

His eyebrows grow thin and wide,

His skin, color of morning coffee with two teaspoons of milk,

His full lips only slightly darker than his skin

He, a Kayapo Indian, continues staring.

He lives in Kayapo Territory, Brazil, land the size of

He plans to save it from the rest of us.

He plans to save us from our own worst selves. 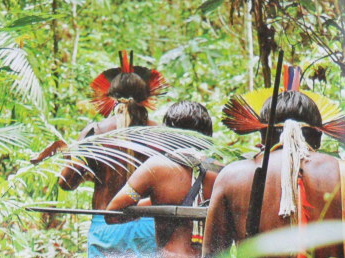 The Kayapo and other indigenous Amerindians have lived in the rainforest for millennia.  They and most environmentalists view their rainforest as a priceless haven for biodiversity.  Their Amazon remains a major defense in the fight against global warming and habitat destruction.  Fifteen per cent of greenhouse emissions, more than all the trucks, cars, buses, and planes combined, come from deforestation.  Although Brazil has slowed the deforestation rate by 70 per cent in the last nine years, last year saw a reversal with an sudden increase of 30 per cent.  Brazil also began construction of a network of canals, dams, and a huge hydroelectric project on the Xingu River in the middle of Kayapo territory.  The Kayapo and other Amerindians defeated a larger project in the 1990s. They intend to defeat this one.

The chief of the Kayapo, Megaron, knows what is at stake, not only for his tribe, but also for the rest of us, long term survival.  One  National Geographic article noted, “It is one of the richest ironies of the Amazon that the supposedly civilized outsiders who spent five centuries evangelizing, exploiting, and exterminating aboriginal people are now turning to them to save ecosystems recognized as critical to the health of the planet–to defend essential tracts of land from the outside world’s insatiable appetite.”

Kayapo success can be attributed to their ability to embrace some of the best of the modern world while retaining a strong sense of identity, culture, and traditions, all of which come from the forest.  As Megaron notes, “Before the white man, we were always fighting other tribes.  Not anymore.  We stopped hitting each other over the head and united against a bigger threat.”  For our own long term health and success, we can support them and hope they succeed. 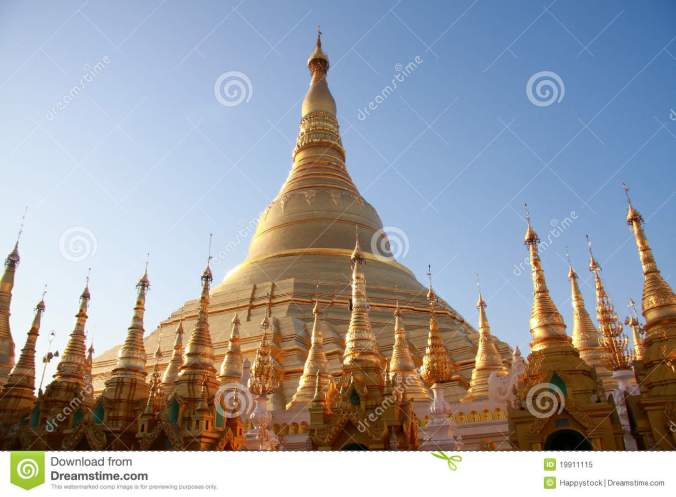 Something happened to my camera while in Burma when it was Burma years ago.  For this essay, I tried downloading current photos and found the panoramic view of the Shwedagon Pagoda above and the close up below. 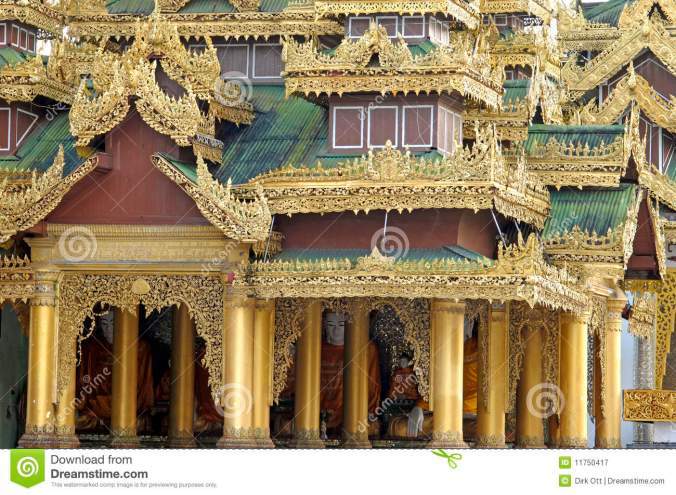 I looked at current photos of the Inya Lake Hotel and stared in astonishment.  The current luxurious resort bears no resemblance to the hotel I stayed in all those years ago.  Only the garden photos seem familiar.

As Myanmar attempts modernization, downsides exist.  One concern is deforestation and the consequences for the abundant rare and endangered wildlife there.  Much of Myanmar is rainforest and remains one of the most biodiverse areas in the world.  Fifty years of isolation and limited development have protected wildlife.  Foreign development and investment endanger wildlife.  New laws and polices are created daily.  The Irrawaddy dolphin, a close relative to the killer whales, live in both the Mekong and Irrawaddy Rivers.  Rare Indochinese tigers, Asian elephants, gibbons, and langurs thrive in the remote forests.  Between 1990 and 2011 the amount of forests dropped from 60 per cent to 48 per cent.  So much of the country is relatively unexplored that it is difficult for scientists to even know exactly what species live there.  Many questions arise:  how can Myanmar successfully development economically and simultaneously save their rich wild heritage, how can they merge the old and new, how can they build the proposed new highway between Bankok, Thailand and Dawei, Myanmar without destroying precious natural resources.  Hopefully, they will find a way to prosper and save their natural heritage at the same time.

Raised on a family farm in Northwestern Missouri, I became a singer, college administrator, corporate manager, educator, and author. My first poem was published in a statewide anthology when I was in high school. I am a former member of the Board for the Story Circle Network, a group of women dedicated to women telling their stories. I have a Ph.D from The Ohio State University and a B.A. and M.A. from the University of Rhode Island. Currently, I teach high school English and Spanish, sing, write and raise horses in the Panhandle of Texas. My memoir in poetry "On the Rim of Wonder", was published in April 2014 by Uno Mundo Press. Watch for book three, "You're Gonna Eat That!? Adventures with Food, Family, and Friends", later in 2019.