Without you, your will, your abilities, your strength

daughter of the moon,

guardian of the universal key. 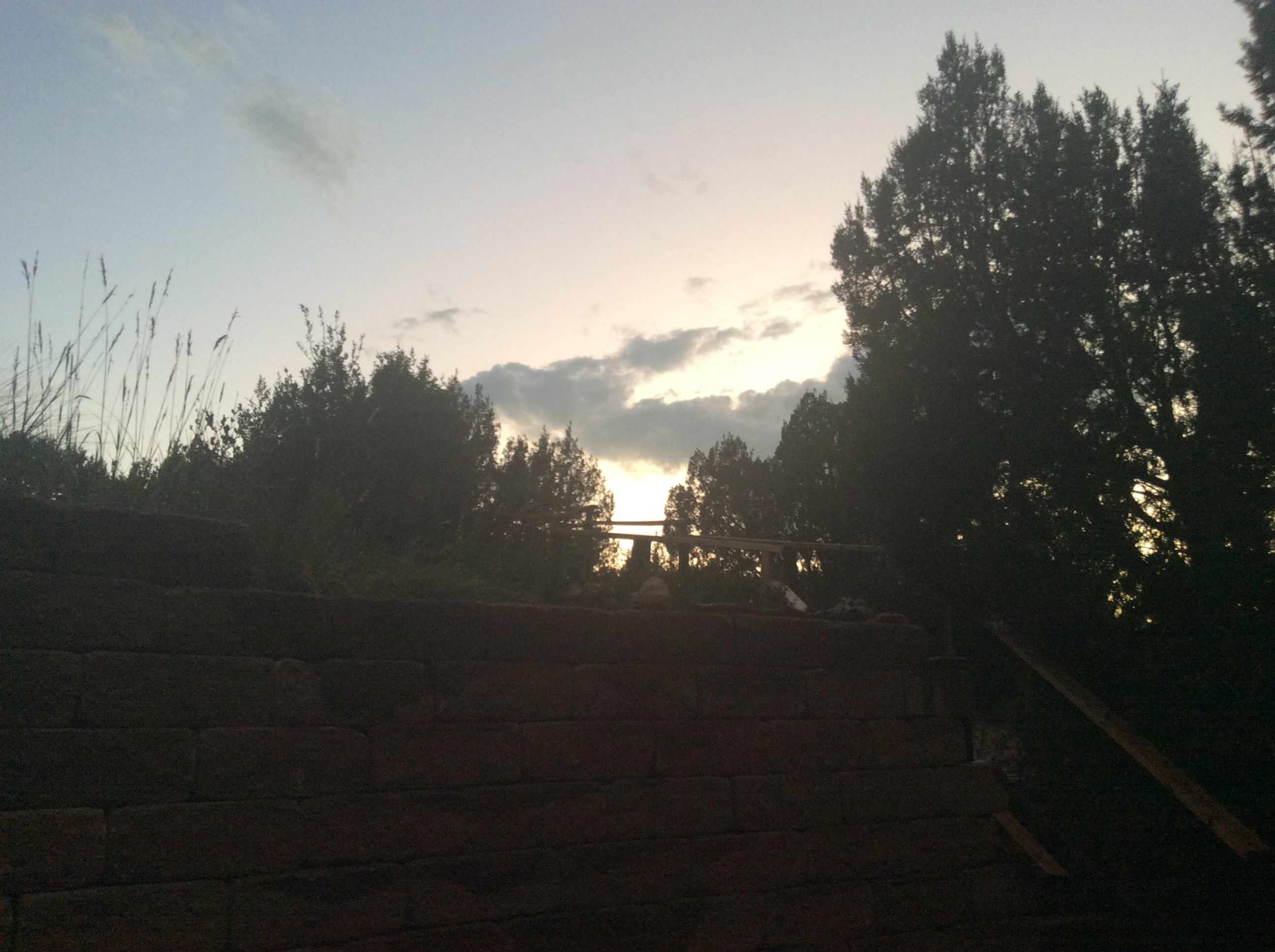 Reblogged because I found this to be a fascinating adventure plus love the art.

I’ve just returned from an illuminating trip to Bhutan, high in the Himalayas. Bhutan is a Buddhist kingdom and the world’s youngest democracy.

On our last full day in this enchanting land, my husband and I drove with our guide over the nearly 4000 meter pass of Chelela and into the Haa Valley which doesn’t see that many tourists. Our goal was the Hermitage of Juneydrak, where Machig Lapdron (1055-1145 CE), the famous female Tantric mystic, master, and lineage founder, once meditated.

The first woman to write a book in English–in the 1300s.

Doing a recent talk on pioneering woman writers, I like to do the Before Jane Austen test with my audience. Who can name a single woman writer in the English language before Jane Austen? Alas, because woman have been written out of history to such a large extent, most people come up blank. Then we talk about pioneering Renaissance authors, such as Aemilia Bassano Lanier, the subject of my recent novel, THE DARK LADY’S MASK, or her mentor, Anne Locke, the first person of either sex to write a sonnet sequence in the English language.

But my next question takes us even further back into history. Who was the first woman to write a book in English?

The answer is Julian of Norwich, who wrote Revelations of Divine Love.

Is violence more likely when men spend a lot of time away from women and children?

In my widely read blog and academic essay offering a new definition of patriarchy, I argued that patriarchy is a system of male dominance that arose at the intersection of the control of female sexuality, private property, and war. In it, bracketed the question of how patriarchy began. Today I want to share some thoughts provoked by a short paragraph in Harald Haarmann’s ground-breaking Roots of Ancient Greek Civilization. Haarmann briefly mentions (but does not discuss) the hypothesis that patriarchy arose among the steppe pastoralists as a result of conflicts over grazing lands. As these conflicts became increasingly violent, patriarchal warriors assumed clan leadership in order to protect animal herds, grazing lands, and the women and children of the clan.

Today, I planned to write my own blog post this evening after work. Just before I read this post, I mulled over topics, whether I wanted to share a recipe or write about so many disturbing as well as inspiring events I experienced or watched in the past week. Then today a student in one of my classes loudly questioned whether the Holocaust even occurred. This was followed by another student announcing that Jews are not people. As I read through my emails, this blog post appeared. It seemed especially telling given that experience. I refuse to tolerate comments that denigrate the religion, race, ethnicity, gender, sexual preference of anyone.

Myself, I saw the numb pools amidst the shadows; myself, the wan gods and night in very truth.  My frozen blood stood still and clogged my veins.  Forth leaped a savage cohort… Then grim Erinys (Vengeance) shrieked, and blind Furor (Fury), and Horror (Phrike), and all the forms which spawn and lurk amidst the eternal shades.

Horror is not a cognitive but a physiological or affective extra-discursive state of being. Not unlike the state of, say, feeling nausea, horror is a state of being, whose manifestation, based on the etymologies of the Greek φρiκη [phrike] and the Latin horror, may be described, as Adriana Cavarero writes, as “a state of paralysis, reinforced by the feeling of growing stiff on the part of someone who is freezing,” and further, through her mythological reference to the prototypical figure of horror, Medusa, as a state of “petrification”…

Although I do write many original blog posts, many times I see something that I think needs to be shared with others, something new, enlightening. This post tells a story I had not previously heard, an important story.

Although “the” Ramayana is a fluid narrative, scholarship has traditionally recognized the Sanskrit Valmiki Ramayana as the most authoritative of Ramayanas. But recent studies have brought to light the hundreds of regional stories of Rama and Sita which are more popular with the masses. These would include Krittibasa’s Ramayana in Bengal, Kamban’s Tamil Iramavataram in South India, notably in the state of Tamil Nadu, Tulsidas’s Ramcharitamanas among the Hindi-speaking belt of northern India, and so on. But even here, a pattern seems to emerge; all the above-mentioned authors are male. Within this scenario, a rather unique text stands out, and that is Chandravati’s sixteenth century Bengali Ramayana, for its author was a woman. Even more fascinating is the double-toned nature of the narrative – through Chandravati’s own voice and through the voice of its tragic heroine, Sita.

In 1913, Mexican print maker Jose Guadalupe Posada sketched the original Catrina, an elegant, upper class skeleton woman in a ball gown to symbolize the emptiness of the upper classes.  Subsequently, Catrinas have come to be a part of El Dia de los Muertos, Day of the Dead.  None of this has anything to do with Halloween, absolutely nothing.  People sometimes associate the two erroneously, but only because of the dates when they occur.

This evening I was privileged to be one of the judges of a Catrina contest.  Before the contest occurred, the evening began with some traditional Mexican dancing.

There were also several traditional El Dia de los Muertos  family displays to honor deceased ancestors.  The following was the most elaborate.

“Millennia of humans have gathered around fires to hear words that transferred hard-won wisdom and allowed dreams of unlimited possibilities. In a modern world that limits wisdom to ‘facts,’ and women’s access even to those, Dr. Estes has restored the fire-for us all.” Gloria Steinem, author of Revolution from Within.
All strong women who believe the Spirit heals.. who believe in spirituality, myth and medicine of the soul, should read this amazing work. It is a truly profound spiritual testimony to the Wild Wolf Woman within!
….Selkywolf…

A healthy woman is much like a wolf – strong life force, life-giving, territorily aware, intuitive and loyal. Yet separation from her wildish nature causes a woman to become meager, anxious, and fearful.

With the wild nature as ally and teacher, we see not through two eyes only, but through the many eyes of intuition. With intuition we…

An inspiration to write a poem every day for seven days, release negativity, be yourself no matter what others say or do. 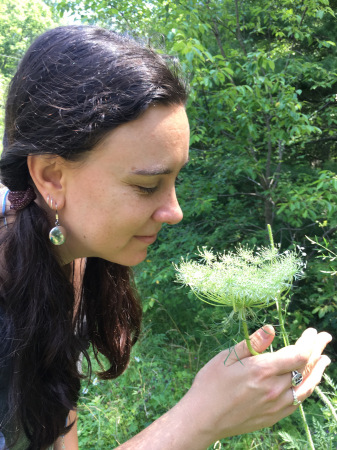 Two years ago, I hosted a Devotional Poetry themed Community Bardic Exercise which turned out to be heaps of beautiful, inspiration-filled fun. Inspired by Elizabeth’s latest post, I’d like to revisit this venture today. Consider this an invitation, an opportunity, or a challenge, but however you consider it, please let yourself play!

Various British Isles-based Celtic traditions refer to poetic inspiration with different terminology. Welsh tradition speaks of Awen– the fiery spark of inspiration & revelation. Irish tradition tells of the illumination of Imbas– a very similar concept. It is this spark I invite you to dance with this week. Set aside the acute issues of the day. Breathe in the cooling autumn air & use this spark of Awen to kindle within you the flame of holy creativity.

Our exercise will be simple in nature, yet challenging in practice. I invite you to write one poem per day…

Raised on a family farm in Northwestern Missouri, I became a singer, college administrator, corporate manager, educator, and author. My first poem was published in a statewide anthology when I was in high school. I am a former member of the Board for the Story Circle Network, a group of women dedicated to women telling their stories. I have a Ph.D from The Ohio State University and a B.A. and M.A. from the University of Rhode Island. I have taught high school English and Spanish and raised horses in the Panhandle of Texas. Now, I sing, write, garden, cook, and wander in the San Gabriel Valley in LA County, California. My memoir in poetry "On the Rim of Wonder", was published in April 2014 by Uno Mundo Press. Book three, "You're Gonna Eat That!? Adventures with Food, Family, and Friends", is available from dreamcatcherbooks.